The singing sounded from afar. It was odd. Ebosele’s ears twitched, anticipating more. It was louder the second time. The voices sounded better than that of the Sburehc. Ebosele never thought it possible that anyone could sing better than the Sburehc. Rays of light shot across the semi dark landscape, with breathtaking results. Suddenly there were myriads of colours scattered all over. It reminded Ebosele of fireworks, only it was far better than fireworks. That was when he saw them; beings that were truly different from anyone or anything he’d ever seen.

Ebosele was awestruck. He wanted to remain there. He wanted to take it all in; the shimmering cloud-like floor, the scented air, the floating beings all around, the sparkling crowns on their heads, the singing voices… It was too much to behold. There were thousands upon thousands of these indescribable beings. Their gowns flowed gently around in remarkable embroideries. Their procession kept filling the space, until there was no more space to fill. As Ebosele looked, thrones were set in place as the most radiant being of them all descended. The being was so dazzling bright Ebosele had to turn his face away. His knees knocked together in fear and trembling. He decided to sit on the floor. Still not comfortable, he sprawled on the floor, face to the ground.
“Worship Hewhay,” the voices echoed as one. “He is worthy to be praised.”
The melodious singing continued.

“Rise my child.”
Ebosele heard the voice inside his being. The singing had stopped. He listened attentively. An overwhelming silence was all he heard.
“Rise my child.”
Ebosele heard the voice inside him again. This was weird. The hairs on his skin tinged with vitality. He got off the floor slowly and rose to his feet. Gentle arms lifted him up until he was face to face with Hewhay. No one told him. He just knew it had to be HIM. Ebosele has been under the impression Hewhay was an elderly being. But what he saw convinced him otherwise. This being was anything but old. He had three distinct faces. It seemed he was sitting, standing and hovering about the golden throne at the same time. It was impossible to tell what He looked like. Other beings, distinct from the many sat on Twelve thrones; six to the left, and six to the right of Hewhay. Ebosele had never before felt so little.

“To the Koob you have been, my child. Upon the scales of Noitagrup you have been weighed, and wanting, you have been found.”
Ebosele lost all strength. He wanted to plead, but he could not find the right words…
“Heavier than your good deeds, the evil deeds are.” Hewhay continued.
Ebosele sprawled on his face again. He wanted to die again. Sentence had been passed on him. It was finished.
“But mercy, I shall show you, even though you do not deserve it. You shall neither go to Lleh, or to Nevaeh. Not even to Yrotagrup shall you go. For your sake, I shall adjust time, wiping the day you died from existence. A second chance you shall get. Make the most of it. Thus says Hewhay.”
All the beings present chorused, “Nema! Nema! Nema! Annasoh to Hewhay.”
The singing came alive again, attempting a crescendo as the thrones ascended one after another, beginning with Hewhay’s.

Ebosele sprawled on the floor again. Who was he that Hewhay would grant him such enormous pardon?

Ebosele got up from the King-sized family bed and stretched lazily. It was going to be another long day. But he was determined to enjoy it to the full. He had every bit of the day planned out in detail. He peered outside, trying to see through the blinds of their bedroom window. Then he looked above the Samsung 65″ HU 8500 curved Smart 3D TV, which had cost him a fortune, toward the exquisite wall clock that seemed to float just above the expensive contraption. It was 5:05am. No wonder it was still dark outside.

Ebosele looked down at his wife who was still sleeping. She was as beautiful as he remembered her from seven years ago. It was their fifth anniversary as a couple, and they still had no kids… Ebosele let out a silent scream as realisation hit him. He was having this day again. Oh God! He was having this day again. He went down on his knees as the tears poured out of his eyes. He could feel the chill of the marble floor and the soft texture of the bedsheets. He was alive! Ebosele was suddenly aware like he had never been all his life. Hewhay… Wait a minute! It was Yahweh. Realisation hit him a second time. All those strange names had been spelt backwards? The Sburehc were Cherubs. The Koob was Book, Leirbag had been Gabriel… Oh God! Yahweh had been true to His words.

As Ebosele looked at his sleeping wife, he realised all his plans for today had inevitably changed… 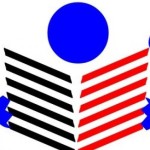 Posted by Ethan - October 4, 2016 0
Ebosele was alone. The atmosphere was serene and quiet. The only sound was the swooshing of the pages of the…

Posted by Chimezie Eze - September 13, 2016 0
Episode One It was that time of the day when his body felt like it had been hit by a…

Posted by Chimezie Eze - September 15, 2016 0
STOLEN Episode 3 Speeding through the Okigwe road that will link him to Port Harcourt/Enugu express way he kept wandering…

Posted by Ethan - September 14, 2016 0
Chapter Two Ese couldn’t believe her eyes. She had to be dreaming. Her husband’s flesh felt cold. Shivers ran down…